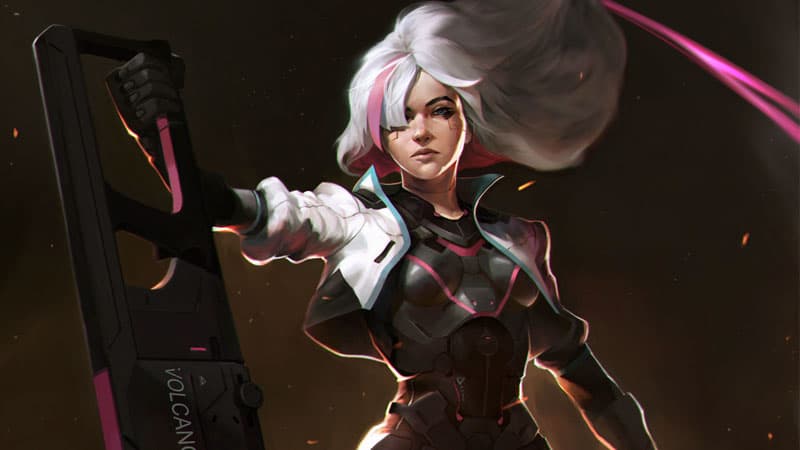 It has now been over a year since Overwatch 2 got announced at Blizzcon 2019. Fans of the game went crazy when it was revealed, in the building where Blizzcon took place and even on social media. A majority of all these people also thought that Blizzard would keep them well-fed with information regarding Overwatch 2, but they were definitely wrong. Despite it being well over a year since the reveal, we’ve barely seen or heard anything about the game since the trailer. This has disappointed lots of people, and especially all those that were hoping to learn more about some potential new characters.

A fan made Overwatch 2 character that is a damage hero, Rose is a cyborg that has a laser sword, which also doubles as a sword at times. Her concept is already something that a lot of people would love in the game, and on top of this, she can move super-fast while also having the ability to turn herself invincible.

Everyone that’s played Overwatch long enough knows who this is. The lady in the background speaking through the microphone in Junkertown is known as the Queen of Junkertown of Junker Queen for short, and many fans have made fan made Overwatch 2 character concepts of her.

An antagonist Overwatch 2 fan made character who is from an alien race, Irux is an interesting concept. His drone-based weapons and abilities, design, as well as interesting story and motivation make him one of the best fan made Overwatch 2 characters that you’ll see.