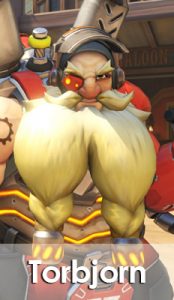 Overwatch 2 character Torbjorn is one of the only characters in the game to have gotten some of his talents confirmed so far.

Story Missions
Quite surprisingly, Overwatch 2 hero Torbjorn was missing from the Zero Hour announcement trailer in which Overwatch was officially brought back to business. Many thought that he might have retired and opted for a more peaceful life, but that’s been ruled out as he is confirmed to be a part of Overwatch 2. We know for sure that he’ll be helping his Overwatch friends in whatever way he can, but just how major his role is remains to be seen when Overwatch 2 releases.